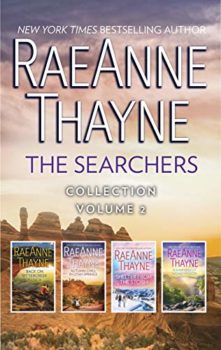 He found her, barely conscious, on a dark Utah mountain road—a woman with an affinity for obscure languages and seemingly no memory of her identity. But ex-agent Mason Keller was not about to fall for that—and despite his attraction to her, he had the children entrusted in his care to think of….

Children that ̴Jane” found irresistible—after all, they, like she, were lost souls. Then her memory returned and she learned a lot of things she’d rather have forgotten. Like how much danger she, Mason and the children were really in. And how, like her past, her feelings for her rescuer were destined to be a permanent part of her life….

His manner usually screamed all business. But his cool-headed judgment took a flying leap over his new assignment, because all FBI special agent Caleb Davis wants is to fold Megan Vance into his arms and kiss away the worry brimming in her stunning green eyes. Her son is missing and he yearns to protect the single mother from danger and bring her child home. Once he does, maybe he can figure out how to become a permanent part of her life…

Six foot tall and gorgeous, Sheriff Daniel Galvez wasn’t the kind of man women said no to. Unless you were Lauren Maxwell. Years ago, Daniel had worked a case that had destroyed her family…and her trust in men.

Now Lauren’s come home, a trauma doctor, all cool-eyed and distant. Still, something about this brave woman stirs up Daniel’s emotions. Lucky for him Lauren needs a strong lawman to help her safeguard a battered teenage patient. In hiding together, Daniel is determined to bridge the distance between them—even if it means getting his own heart broken again.

While honeymooning solo might be unconventional, ex-bride-to-be Olivia Lambert can’t waste a fabulous trip to Costa Rica just because her former fiancé turned out to be pond scum. Imagine her surprise when a handsome stranger appears in the jungle—silver machete in his hand!

Lucky for Olivia, Ren Galvez is a scientist and one of the good guys. And he was trying to save Olivia from a near-certain death at the hands of one of the bad guys. But who is going to save Ren from her?