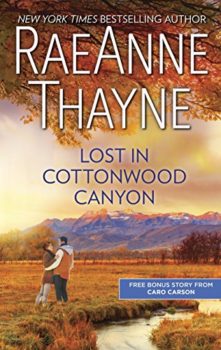 New York Times bestselling author RaeAnne Thayne brings readers a thrilling story of a sister desperate to save her brother’s life and the true crime writer who may be the only man who can help!

Crime expert Wyatt McKinnon has built his career by turning high-profile cases into bestsellers. His most recent project—investigating the murders that landed a detective on death row—has reunited him with Taylor Bradshaw, the inmate’s fiercely protective sister. Wyatt plans to help her exonerate her convicted sibling.

Wyatt insists his attraction to the captivating redhead won’t distract him, but he does concede that the recent attempts on Ms. Bradshaw’s life have caused unexpected emotional complications.