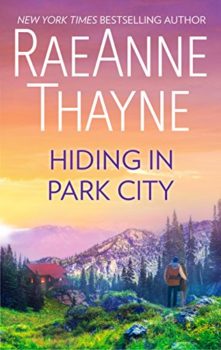 A single mom on the run and an injured FBI agent find their greatest danger is with each other in this story of secret identity!

As an on-the-run single mother out to protect her little girls, Lisa Connors needs two things: money, and to keep her identity secret. But it is just her luck that the possibility of the former threatens the latter: as the caretaker of the hunk-next-door with two broken legs, her ability to keep her distance is shaky. When she found out said hunk’s profession—FBI agent—it was downright demolished….

Gage McKinnon spent most of his life trying to keep away from all things familial, so the last thing he needs is to have two adorable little girls take root next door. But it’s their mother who poses his greatest threat. For with Lisa he felt that door in his heart—the one that slammed shut twenty-five years ago—start to open, just a crack.